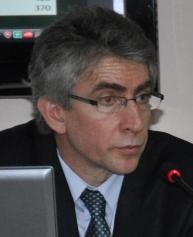 
The influential British newspaper, the Guardian, recently published an article about Turkey on its website.

The title of the article, dated August 6, written by Damian Carrington was quite interesting: "Is it too late to stop Turkey`s coal rush?"

In the article, the author apparently penned after his visits to Afşin-Elbistan and Zonguldak regions of Turkey and highlighted the negative impacts of coal-fired power plants in that regions on the environment and human health, complaints of the local people from the plants was quoted from interviews. Moreover, the idea that there is no need for coal in Turkey and the whole energy needs of Turkey can be met by renewable sources, is frequently voiced in the article.

Meanwhile, many factual errors regarding Turkey`s energy sector have been made.

It is not correct to say that the coal plants mentioned in the article have not serious negative impacts on the environment. Therefore, of course the complaints of the people who live there should not be ignored.

Besides, the claim of the article that Turkey`s total energy needs can be met from renewables such as hydro, wind, solar or geothermal is required purely technical and economic analysis to verify and should be examined and discussed by various aspects.

However, these are not the subjects of today’s article. Also, we put the factual errors aside for now.
What we are interested here are the allegations that were put forward by Carrington regarding Turkey’s coal consumption.

According to Carrington, "Turkey has very big plans for coal, with more than 80 new plants in the pipeline, equivalent in capacity to the UK’s entire power sector. The scale of the coal rush will be greater than any country on Earth, after China and India ... the Afşin-Elbistan station is planning to expand into the biggest coal-fired power plant in the world."
And because of all these reasons, "the international spotlight will focus on Turkey when it hosts a G20 summit in November, just weeks ahead of the crunch UN climate summit Paris."
Extremely serious allegations. We have as well investigated the accuracy of these claims. Our findings are as below.

Actually, coal production and consumption experienced a boom in the whole globe in recent years. The twenty-first century, in particular, has almost been a "Coal Age" from the beginning until today.

Turkey`s coal production and consumption also increased during the same period. However, rates were much lower than the world averages. Coal consumption of Turkey increased by 37 percent between the years 2000 and 2013 while its total energy demand increased at a higher rate of nearly by 50 percent. Moreover, while 28 percent of its energy needs could be met from coal in 2000, this rate dropped 2 points when we came to 2013.

The total amount of coal consumed in Turkey in 2013 was 83 million tons. The share of this figure in global consumption was only 1 percent. In the same year, China consumed 47 times, the United States 10 times, India 9 times, Germany and Russia 3 times more coal than Turkey.
Turkey`s coal consumption per capita was 1.1 tons in 2013. In the same year, this figure was 4.8 tons in Greece, 3.7 tons in Poland, 2.9 tons in Germany, 2.7 tons in the United States, 1.5 tons in Japan, 1.1 tons in Finland, 1 ton in Denmark and 0.9 ton in Carrington’s country, UK.
Coal’s share in the electricity generation in Turkey has also decreased in recent years.

While new plants with a total 45,000 megawatts capacity have entered to the portfolio between the years 2000 and 2013, only 17 percent of that was coal plants. As a result, while the share of coal-fired plants within the total was one fourth in 2000, today this figure fell to a level of one fifth.

Therefore, it would not be right to talk about a serious “coal rush” case in Turkey since 2000.
However, the allegations in Carrington’s article already relate to the subsequent period and new planned coal-fired power plants were shown as the source of the increase.
So, let’s try to estimate developments that may arise in this regard in the coming period...

Looking at the data published by the Energy Market Regulatory Authority; today, not 80 but 18 coal-fired power plants are under construction in Turkey. Their total capacity is 7,500 megawatts and 10 of them are domestic coal-fired and 8 are imported coal-fired.But, the realization rates of a significant portion of these projects are nearly zero. However, in case all the plants under construction are completed, Turkey’s coal-fired power plant capacity of 14,700 megawatts will rise to the level of 22,200 megawatts.

The amount of coal that the new plants will consume at the full capacity will be a maximum of 35 million tons and in this case Turkey’s coal consumption will rise to 120-130 million tons per year. However, it is not possible for Turkey to settle on the third row after China and India with this level of consumption. It may rise only one or two rows from its present twelfth seat.

Also, considering that the UK`s total installed capacity was 86,200 megawattsby the end of 2012, the total size of Turkey`s coal-fired plants to be established, to the contrary to be equal to the UK`s entire power sector, may be only one-third of the coal-fired plant capacity in the UK.
So, emergence of a “coal rush” problem from here, as to be worried as much as Carrington, is not possible.
But let us continue anyway.

There is one more category besides available and under construction plants. There are also coal-fired plant applications waiting for approval to start construction.
It may be possible to derive something to worry from here. Because, in this category there are 38 coal-fired plants in 25,000 megawatts size and almost 90 percent of them are based on imported coal. In case of permitting all these plants, the amount of coal they consume will be up to 80-90 million tons per year at full capacity levels. In this case, the total coal consumption will exceed 200 million tons per year in Turkey and its place in the world ranking will rise to sixth place in front of Japan.

When it comes to the allegedly world`s largest coal-fired thermal power plant to be installed in the Afşin-Elbistan Coal Basin...
As of today, the world`s largest coal-fired power plant is Taichung Plant with 5,500 megawatts installed power, in Taiwan. Bełchatów Plant in Poland and Tuoketuo Plant in China are close to this. Each of these plants has a capacity of 5,400 megawatts.

Turkey wants to construct new ones next to these plants and benefit from coals in its biggest coal basin for electricity generation. For this purpose, it is continuing its attempts to find investors. Indeed, this basin has a coal potential that could feed a plant with a capacity of at least 6,000 megawatts.

Thus, it is theoretically possible to set up the world`s largest coal plant in this basin. However, technical, economic, financial, environmental or political feasibility of such a project can only be determined by a comprehensive and detailed project.
The existence of such a project has not yet been identified at least by the author of these lines.

Nevertheless, there is an important issue which we can easily identify. It is that Turkey has a serious problem of energy security and its dependence on imported resources is increasing rapidly year after year.

Therefore, it is the most appropriate way for Turkey to attempt to exploit its indigenous coal reserves with the right planning and while doing this to act in such a manner as integrated with the industrial sectors, directed to the social development, poverty mitigation, improvement of income distribution and environmental protection. 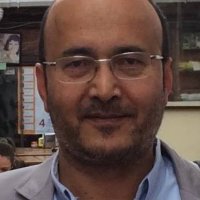 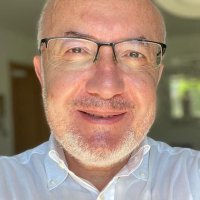 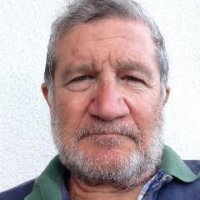 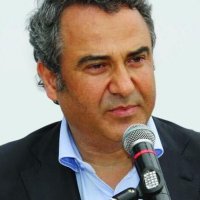